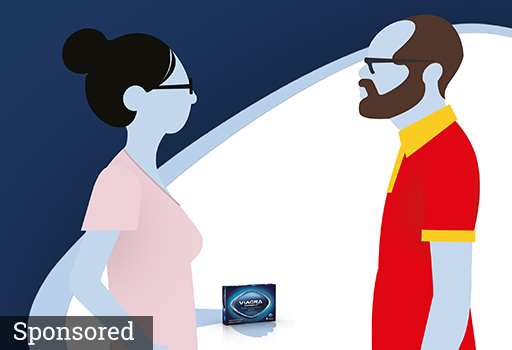 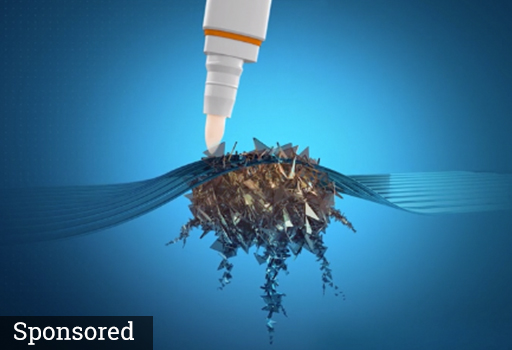 Around five per cent of children worldwide have ADHD, making it one of the most common mental health conditions in this age group. There are practical steps pharmacy teams can take in order to best meet the needs of families living with the condition

It’s a midweek afternoon in the supermarket and a harassed looking mother is picking up a few bits and pieces for dinner. It’s not as easy as it sounds: not far from her, a six-year-old boy is taking off his school jumper, then spotting his favourite breakfast cereal on an offer stand at the end of the aisle, he drops the garment on the floor and runs to grab a box off the shelf. His mum picks up the jumper and asks him to put back the cereal, saying they have plenty at home, but he’s already abandoned the box on the floor, distracted by the CCTV screen he’s just spotted hanging from the ceiling… 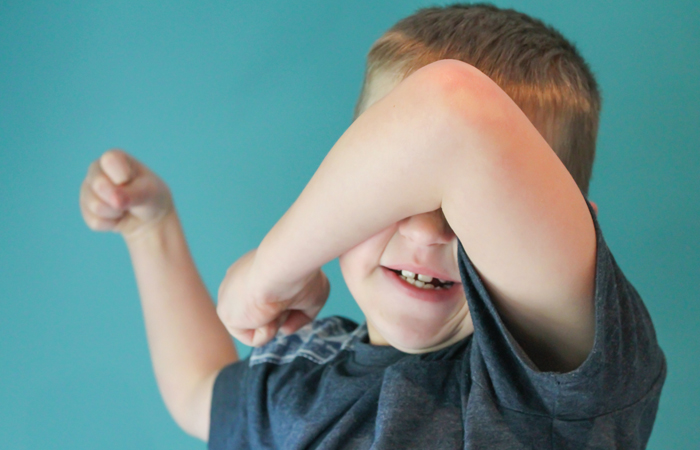 Most parents could relate to this situation; it’s a rare child who isn’t inattentive from time to time and doesn’t follow instructions. But for some, it’s like that all the time, and – despite what they may feel – it isn’t because they have poor parenting skills or because their child is badly behaved. Around five per cent of children in the UK have attention deficit hyperactivity disorder (ADHD), a medical condition that is thought to result from an imbalance in the chemicals in the brain that help people focus and think through what they are doing.

The core symptoms of ADHD include:

These will be present at a level considered excessive for the person’s age or developmental stage. In order for a diagnosis to be made, the symptoms need to have started before the age of 12 years, be present in two or more settings, have persisted for at least six months, and be impacting on some aspect of everyday life, for example, at school or at home. Around 20 to 30 per cent of ADHD sufferers have inattentiveness as their predominant symptom, some 15 per cent are considered to have the hyperactive-impulsive form of the disorder, with the remainder – between half and three-quarters of all cases – having a combination of symptoms.

ADHD is more commonly diagnosed in boys than girls, with the ratio estimated at between two and 10 to one. This may be partly due to boys more often having disruptive behaviour that prompts parents to seek help, and more frequently having other disorders as well, such as oppositional defiant disorder (ODD) and conduct disorder. Girls with ADHD tend to have the inattentive subtype, which seems less likely to result in families asking for medical advice. While it is often regarded as a condition that affects children, there is significant prevalence in adults, with around three to four per cent of adults in the UK believed to have ADHD.

The exact cause of ADHD is unknown, but there is certainly a strong genetic link and several risk factors that can contribute. These are: low birthweight and smoking during pregnancy, which have the most evidence, as well as prematurity, epilepsy, acquired brain injury, iron deficiency, drinking alcohol during pregnancy, poor mental health in the mother, and having a difficult home life.

“The biggest thing I come across with ADHD is that families can feel very judged,” says Michelle Spires, inclusion leader at Mere Green Primary School in Sutton Coldfield. “Parents feel that their kids are considered naughty and that can cause all kinds of problems, from not wanting to go out because of feeling under scrutiny all the time, to becoming socially isolated and not seeking the help that could make a huge difference to them and their child. It’d be great to see pharmacies exhibiting a sign that says ‘we are inclusive – we welcome everyone, no matter what your needs’ so families consider them a safe space.”

Michelle continues: “In pharmacies, waiting for prescriptions can be a real struggle for a child with ADHD, and cause stress for the adult they are with as well. Small things that can help could be offering prescription collection and delivery if that’s available, or saying that they can leave the prescription and come back to pick up the medication later on when it’s ready. If waiting is unavoidable, for example, if it’s something like antibiotics that need to be started straightaway, give an accurate waiting time and have an activity for kids to do – those tables where you thread beads along wires are good – or perhaps ask them if they’d like to wait in the consultation room so the parent doesn’t feel like all the other customers are watching and passing judgement.”

Acknowledging good behaviour can also make a big difference. “Pharmacy staff are in a position where they can really get to know the families who come in, so saying ‘well done, I know you’ve waited a long time and you’ve done really well’ can be a very positive thing for both the child, who may unfortunately be much more used to being told off for not being able to stay still, and the parent, for whom having to apologise and make excuses for their child may be the norm,” Michelle explains. “For teenagers and adults who are on medication, talk to them about how they organise themselves, as this is something that they are likely to struggle with – perhaps suggest they set up a recurring reminder on their phone that it’s time to take their tablets so they are less likely to forget.”

The most well-known treatment for ADHD is medication – most commonly methylphenidate which is often referred to by the brand name Ritalin, but other options are lisdexamfetamine, atomoxetine and guanfacine. The National Institute for Health and Care Excellence (NICE) stresses that this should only form part of a comprehensive and holistic management plan that also includes information and support (for parents as well as children), exercise, dietary advice and possibly talking therapies such as CBT. Generally medication is only provided to a child aged five years and over if their symptoms are still causing significant impairment to their life after making other suggested changes.

Dr Tony Lloyd, psychologist and chief executive of the ADHD Foundation outlines a few tips pharmacy staff can pass on: “It’s really important to take ADHD medication with food, to stop the drug metabolising too quickly, and that means a proper meal, not just a snack. If medication needs to be taken in the morning, a bowl of cornflakes isn’t the best thing to have with it, because all the energy gained from the food will be burned off very quickly. Instead add some protein, for example, a bacon or sausage sandwich, beans on toast, or even a tuna wrap, as this will keep energy levels more steady. And they need to eat, whether they are hungry or not.

“Dry mouth is a common side effect, so remind patients to drink plenty of water. This might mean that a note needs to be sent to school so the child is able to keep a water bottle near them, and is also allowed to go to the toilet during lessons if needed, rather than waiting until breaktime. Other side effects vary and should be considered on an individual basis, for example, an upset stomach after starting new tablets will usually settle down once they’ve had time to adjust, but if the reaction is severe, such as sudden weight loss, advise them to stop taking the medication and to get in touch with the prescribing clinician, or if they are not available, to get an emergency appointment at their GP surgery. Another reason to get in touch with the prescriber is if the effect seems to be wearing off. Children grow so quickly and the dose may no longer be adequate.”

There is a commonly held belief that foods, particularly additives, can trigger ADHD, but NICE cautions against elimination diets, instead suggesting keeping a diary that tracks food, drink and ADHD behaviour – a dietitian should be involved if there appears to be a link. Dr Lloyd emphasises the need for common sense measures to also be reinforced: “Talk to parents about the importance of their child getting exercise every day, using stress reduction techniques such as yoga, massage and progressive muscle relaxation, and to have no screen time for at least an hour before bed – this means not using the television as a babysitter.”

Dr Lloyd continues, saying that raising awareness so people understand the condition is crucial: “There is a lot of misunderstanding: first of all, it isn’t a behavioural disorder, and secondly, it is a lifetime condition, and adults can have it as well as children because the functional and structural differences remain that cause the symptoms.” Michelle agrees, and says pharmacy staff are well placed to address some of these issues as well as signposting to healthcare professionals and organisations that can help. 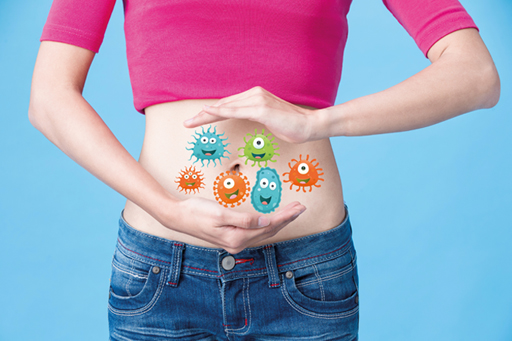 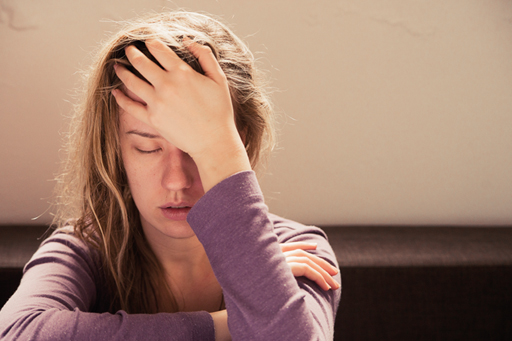