Dry skin is likely to get worse in winter, but customers may not be clear on how to solve the problem. Help people to feel more comfortable with the skin they are in

Around one in five people in the UK suffer from dry skin and this may be worse during the winter months when the temperature drops, environmental humidity is low and keeping the skin hydrated proves more difficult. This means that skincare and keeping skin moisturised and protected in the winter is just as important as at other times of the year. 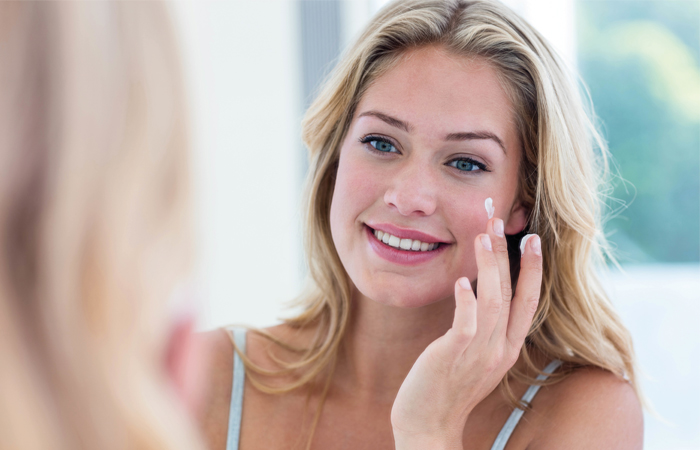 So why might people’s skin become drier in winter when the weather is usually so wet? It’s for two reasons. Cold air outdoors can’t carry as much moisture as warm air, and is then made even drier indoors by central heating turned up to the maximum as air indoors may only have a relative humidity of 15 per cent. As a result, the skin is rapidly leached of its moisture, both indoors and outdoors – and that can be a big problem for skin that is already dry. 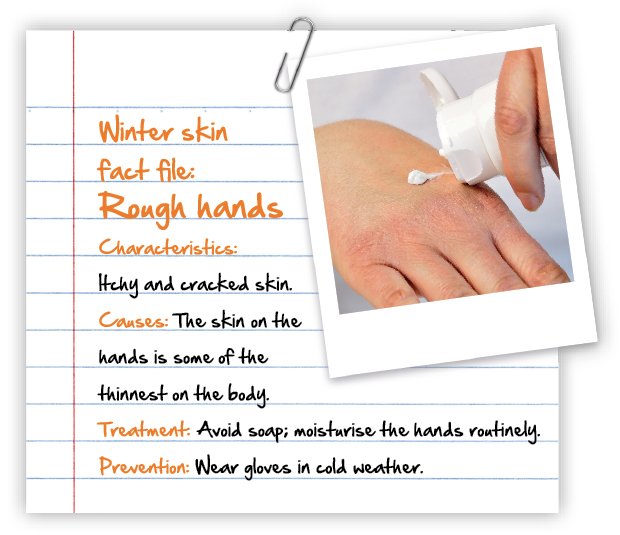 “We’d normally advise anyone with no problems with their skin to moisturise twice a day,” explains Dr Adil Sheraz, consultant dermatologist and spokesperson for the British Skin Foundation. Some people have very dry skin, “and that’s to do with barrier function”, he says.

Dermatologists describe the skin as a brick wall, with cement in place that keeps allergens and irritants out and stops water going in. When the skin lacks factors such as humectants, urea and lactic acid, this barrier is weakened, resulting in dryness and greater potential for irritation and infection.

Cold weather is one of the top three factors that women worry affects their skin, with 39 per cent raising this as a concern alongside sun exposure and the effects of pollution, according to a recent survey by Mintel. Cold weather affects the skin of older women even more than younger women as the skin becomes more fragile with age. Other factors that women feel can cause changes to their skin include lack of sleep, poor diet, not drinking enough water, stress, blue light from electronic devices and hormonal changes.

The facial skincare category is growing and is set to reach £1.36 billion across the UK in the next five years, says Mintel. Face wash is the UK’s most popular cleansing product, used by 55 per cent of British women, with facial cleansing wipes now used by 54 per cent of women, and micellar water by 27 per cent. Sales show that use of both day and night creams are also on the rise.

People may neglect their skin when it is covered up with warm layers in the winter. However, gentle exfoliation and moisturising in winter can benefit how skin looks and feels. Generally, skin will get a lot drier in the winter and won’t look as bright or glowing, says Dr Sheraz. Areas of the body to take particular care of during the winter months include: 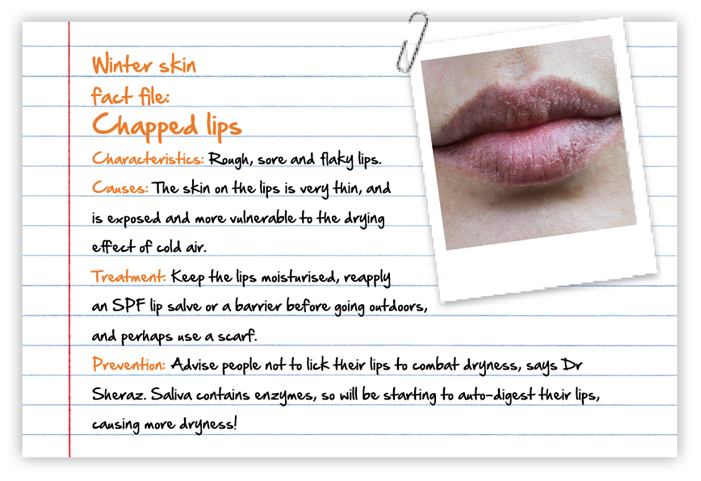 Not made to moisturise?

Many people, including those with medically diagnosed dry skin conditions, may not see the importance of moisturising and this is particularly the case in men who may not be as used to the concept, suggests Dr Sheraz.

“Women usually have a regime in which they moisturise, but men tend not to have one. The message is that it’s a very simple thing to achieve and it makes a huge difference to the way the skin feels and appears,” says Dr Sheraz. Moisturising can also reduce the “risk of infection in eczema patients and reduce the need for steroids, for example for people with psoriasis. The more moisturisation they use, the less medication treatment people require, and the less infections and hospitalisations result due to infection,” he adds.

Emollients are medical moisturisers, and an essential part of therapy for dry skin conditions. They are different from cosmetic moisturisers in that they are unperfumed and free from ‘anti-ageing’ additives.

There are several different types of emollient:

The best advice pharmacy assistants can give customers with medical dry skin conditions, such as eczema and psoriasis, is about the importance of using regular emollients to moisturise the skin, three or four times a day, Dr Sheraz advises.

“I give that advice to patients all the time, and some take it on board and others don’t. Because emollients are so available over the counter, I think some patients see that they may not be as important maybe as a steroid that we’ve prescribed. However, moisturising the skin will reduce the need for medicated treatment,” Dr Sheraz concludes.

Emollients and the NHS

In some local areas, emollients are now increasingly seen as self care items rather than a therapy, suggests Julie van Onselen, dermatology nurse advisor for the National Eczema Society. And some patients have reported having problems getting hold of the supplies they need, despite emollients being a first-line therapy for eczema.

A GP might say they can’t prescribe someone’s emollient any more – which can be “quite devastating” for a patient or make them feel guilty that their “expensive” treatment is an unnecessary drain on NHS resources, she says.

“Or a prescribing advisor may say that it’s all about cost, and change a good humectant emollient, with a good formulation preventing transdermal moisture loss and humectant ingredients, at £6 per 500g, to a £3.50 emollient which is next to useless because it is 70 per cent water and 30 per cent oil and is doing nothing – and it’s irritating. The eczema gets worse and then that person needs steroids prescribed. It’s a vicious circle,” says Julie.

Some patients might be very happy with an alternative – either prescribed or bought themselves from the pharmacy – but finding the right emollient for each individual can be very difficult, she suggests, and some people may not want to change over as a result.

Julie adds: “The problem with emollients is that we know the science, and how they work, but you can never say which is the best emollient for everybody with eczema because it depends on what the individual patient likes on their skin.”

It’s often the case that not enough emollient is used, or not often enough, says Julie, and this can contribute to flare-ups.

“A child should have 250g of emollient applied in a week, and an adult 500g. Most people don’t apply that amount. And if it’s a cream formulation and it hasn’t got added urea and glycerine (for extra hydration), then they probably do need to apply it every two to three hours for a child. For a baby, I say at every nappy change.”

If patients are using enough, often enough, and that’s not working, then Julie recommends they change to a product with added humectants, such as urea and glycerin, to enhance moisturisation.

How the product is applied is also really important. Julie explains: “If you rub, that stimulates the itch. A good method is to dot the cream over a limb, say, and then apply it in long smooth downward strokes, but not rub it in. Leave a thin film to be absorbed.”

People with eczema should avoid harsh detergents to clean their skin, and opt instead for gentler products to wash in the bath or shower. However, some people can worry that soap substitutes aren’t cleansing, because they don’t lather. “This is not true,” Dr Sheraz says. “You don’t want ‘squeaky clean’, because that means you have stripped your body of natural oils. You want that protective layer on your skin. In fact, some of these products contain antibacterials, which means they are even more cleansing.”

Research published in the British Medical Journal in 2017 found no evidence of clinical benefit for bath emollient products for children with eczema. There has since been some concern that people may have taken this to be questioning the use of emollients entirely, suggests Julie.

There is no difference between having a bath or a shower, but it is really important that people have one daily, although avoiding using soap or bubble bath, she says. An emollient product should be used to wash with.

Discussing these issues with customers can help clear misconceptions and check that their cleansing and moisturising routine is on track. 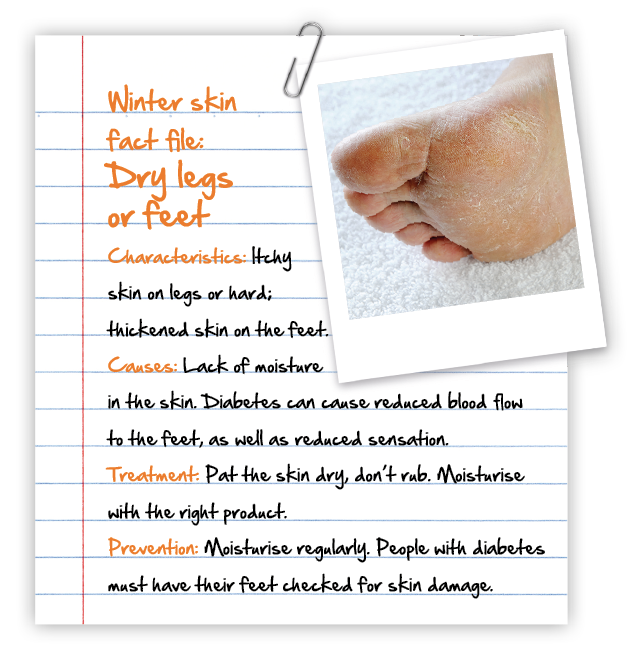 Psoriasis is a mostly genetic condition that results in thickened dry skin, which can appear worse in winter, explains Dr Sheraz. The condition tends to naturally improve in the summer, as UVB from sunlight acts as an immune suppressant.

In winter, people with psoriasis will benefit from resisting the temptation to turn the heating up high, keeping the house cooler, and putting on more layers instead, he suggests. “Try to avoid drastic temperature changes. So don’t have your car heating up really high, for example, that will cause changes in blood flow in the skin.”

Flare-ups of skin problems can be distressing, as well as uncomfortable. Parents concerned about how their children’s skin problem affects them at school should raise the issue with teachers, suggests the National Eczema Society.

The charity has produced a parent-teacher meeting checklist covering issues, such as: 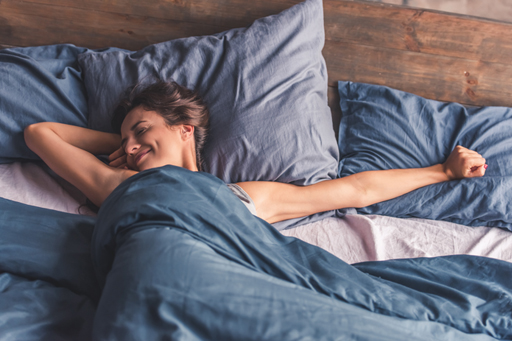 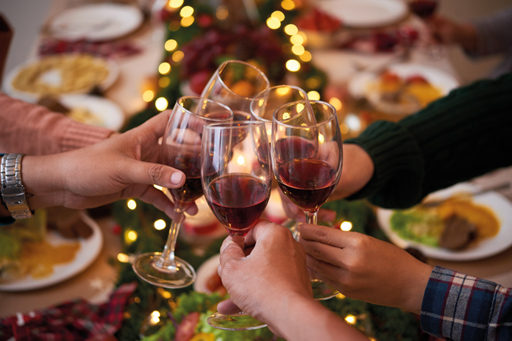